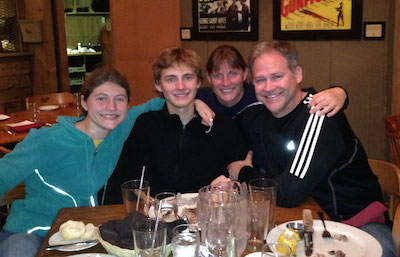 Have you ever watched one of those nature shows where a cheetah chases down a gazelle? Did you notice how the predator picks out one particular animal, chases it down, and then … once the chase is over, the rest go back to their own peaceful business?

So basically, one animal gets picked out of the herd for dinner, and the rest are overlooked. That’s the sort of situation in which Brian Dunning found himself over the last few years. Unfortunately, he ended up being the gazelle the cheetah picked.

You may be familiar with Brian. He’s run a popular site for FileMaker developers, briandunning.com, for years. It’s especially well-known for its custom function library, to which developers from around the world contribute. He also runs a popular podcast and has made several other significant contributions to the FileMaker community.

So … what’s with the gazelle comparison? Well, part of his web site business revolves (or used to) around affiliate revenue from ads. (Quite common on the internet, really.) It seems he made a mistake in judgment and adopted a “pass-through” model for ads. (There’s some more detail on the model, also known as “cookie stuffing”, in Brian’s explanation of some of the history here.) This was very popular at the time, with one tiny problem: It was a violation of the Terms & Conditions for affiliates of eBay.

Fast forward about a year. Armed FBI agents pay a less-than-friendly visit to Brian’s home. (Probably not his – or his family’s – best day.) Among the charges are racketeering and wire fraud. Basically, they’re saying he’s been collecting sales commissions that eBay was entitlted to – to the tune of somewhere between $200,000 and $400,000.

Now, several court motions and lots of lost stress later, Brian will be spending about 15 months in federal prison. Very unpleasant – and avoidable. Here’s why. From his own account:

[T]his pass-through model was a violation of their Terms & Conditions. This is true, it was a clear violation, and we knew this … Mainly, you weren’t allowed to place ads on sites that you did not personally own. But we had worked carefully and openly with the eBay team assigned to us to form “interpretations” of the rules that permitted this. Obviously, this was a red flag (among many) and I should have gotten out of the business right away. I didn’t. I was making some money for the first time in my life, and I let myself believe that bending the rules was OK if other people were bending them too. Let’s be clear: what I did was wrong, and I knew it at the time. “Come on, everyone’s doing it!”

You can read his entire story, of course, and I encourage you to do so. But here are a few important observations:

I feel badly for Brian. He’s been a great contributor to the FileMaker community for many years. He’s made a series of poor choices here, and they’ll cost him. Hopefully, he can get back on his feet quickly after he’s released and find the community willing to support him.