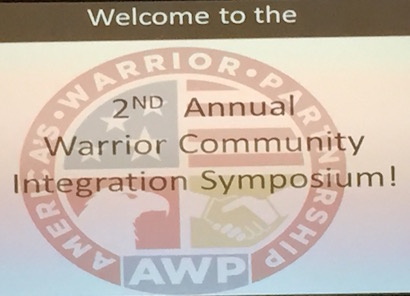 Welcome to the Symposium!
It’s Memorial Day weekend, when we remember those military service members who gave the ultimate sacrifice in defense of freedom. And, by no coincidence, I just returned from attending most of the 2015 Warrior Community Integration Symposium here in the Augusta area. It was a good two days spent with veterans and veteran service organizations, learning about the challenges they face in their day-to-day operations. Given our VetTracker package, it’s good to touch base with the veteran support community and get an idea of what their needs are so we can keep abreast of where the software should go. Naturally, we talk to our existing customers, but in order to attract new prospects, other venues are very valuable. So here are some of the main pain points I was able to take away from the event: So, with all that said, we have some specific improvements planned for VetTracker. Let’s take a quick look. That’s not all we’re going to put into the new release, of course, but those will be the “bigger ticket” items that directly address the issues I heard at the Symposium. By all means, if you have a need in your agency that you think could be served through a better data management system, contact us and we will be happy to take a look. We’d love the chance to make your live and organization work better. In the meantime, here are some photos from the event. Enjoy!
Previous
Next