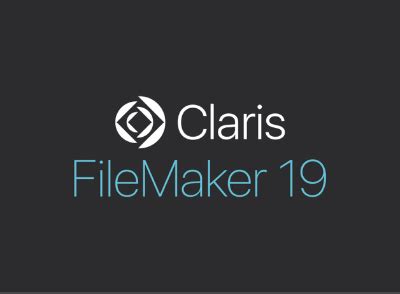 Sorry we’ve been away a while. Turns out cranking back up after the coronavirus shutdown has kept us plenty busy. But something exciting happened in the interim:

FileMaker 19 has been released!

So what new toys has Claris given us this time? The “big ticket” features include:

There are several other new goodies as well, and I’ll speak to some of them. But first, I want to hit on these.

Probably the biggest “wow” feature from the standpoint of the marketing, and maybe for the end user, is the JavaScript integration. Now, you might be wondering, “What is JavaScript and why should I care?” Good questions!

JavaScript is basically the computer language of the World Wide Web. It’s the programming used to make your web browser do more than the simplest tasks. Menus, animations, buttons, navigation … nearly everything that happens on your screen is in some way related to JavaScript.

So why is that important to FileMaker? In my mind, probably the most significant (at least to the end user) is an updated user interface. You may have noticed that, while they’re very good, FileMaker’s layout and interface tools don’t have all the whiz-bang features you might see on a snazzy web page. By integrating JavaScript widgets into the interface, we can provide a more modern, attractive interface.

From the programming end, Claris included a very important feature: A new function called FileMaker.PerformScript(). This function allows you to cause the current FileMaker database to execute a script as specified in the JavaScript. This is a Big Deal. Previously, there was no good way to have a JavaScript widget running in a Web Viewer (which they all do) communicate data back to the FileMaker database. We could work around it by using a URL call back to the server, but that could be slow, and also wouldn’t work if you were working offline (i.e., a local database). This new function, though, is loads faster and works regardless of deployment.

The CoreML integration allows us to make use of Apple’s Machine Learning system. This is the system that allows FaceID to work on iOS devices, and can be tailored for lots of other applications. Most of what this is good for is pretty esoteric, but it can be used to allow your FileMaker system to recognize photographs, sounds, patterns of words, keywords, and many other tasks that AI is good for.

Then there’s my absolute favorite feature – the Add-On. You see, in the programming world, modularity is a big deal. It allows you to use chunks of code that have previously been built and tested for specific functions, over and over, without having to rewrite them. It’s a huge time saver (which means our development is cheaper for you). Why reinvent the wheel, right? Unfortunately, this was somewhat difficult to do in FileMaker space, due to the infrastructure of the typical FileMaker application.

But now, Claris have provided a way to “plug in” all the structure and code required to support blocks of functionality into your custom app. And it’s extremely easy. To give you an idea, I’ll briefly look at one add-on we’ve been using here for inserting the About page into a new app.

Before, I would have to:

And that’s for a simple page, just one layout and a script to display it. Quite a bit to do, isn’t it? Now, with the new add-on technology, you know what I have to do?

And I’m done. All the structure and code associated with our About page is pulled in automatically. Much faster (not to mention less error-prone).

There are plenty of other great little additions to the product in this version, including support for card windows in WebDirect, support for Siri shortcuts on iOS (so you can “donate” a script to the Shortcuts app and allow the user to speak the command to launch it), automatically determining the total page count on a report (instead of having to rely on Preview mode), Dark Mode support, and more. So by all means, this is an upgrade worth having.

That’s all for now. Until next time, happy FileMaking, and don’t hesitate to contact us if you have any questions!